I’ve been told that I was born in San Polo D’Enza on the 7th November ’44, near the hills on the Reggio’s side of the Enza river, while the allies’ planes were destroying the bridge from my town to the parmesan bank side. So, I’ve always thought I’d been born under the bombs rather than under a cabbage leaf, but I stopped believing in fairy tales a while ago. 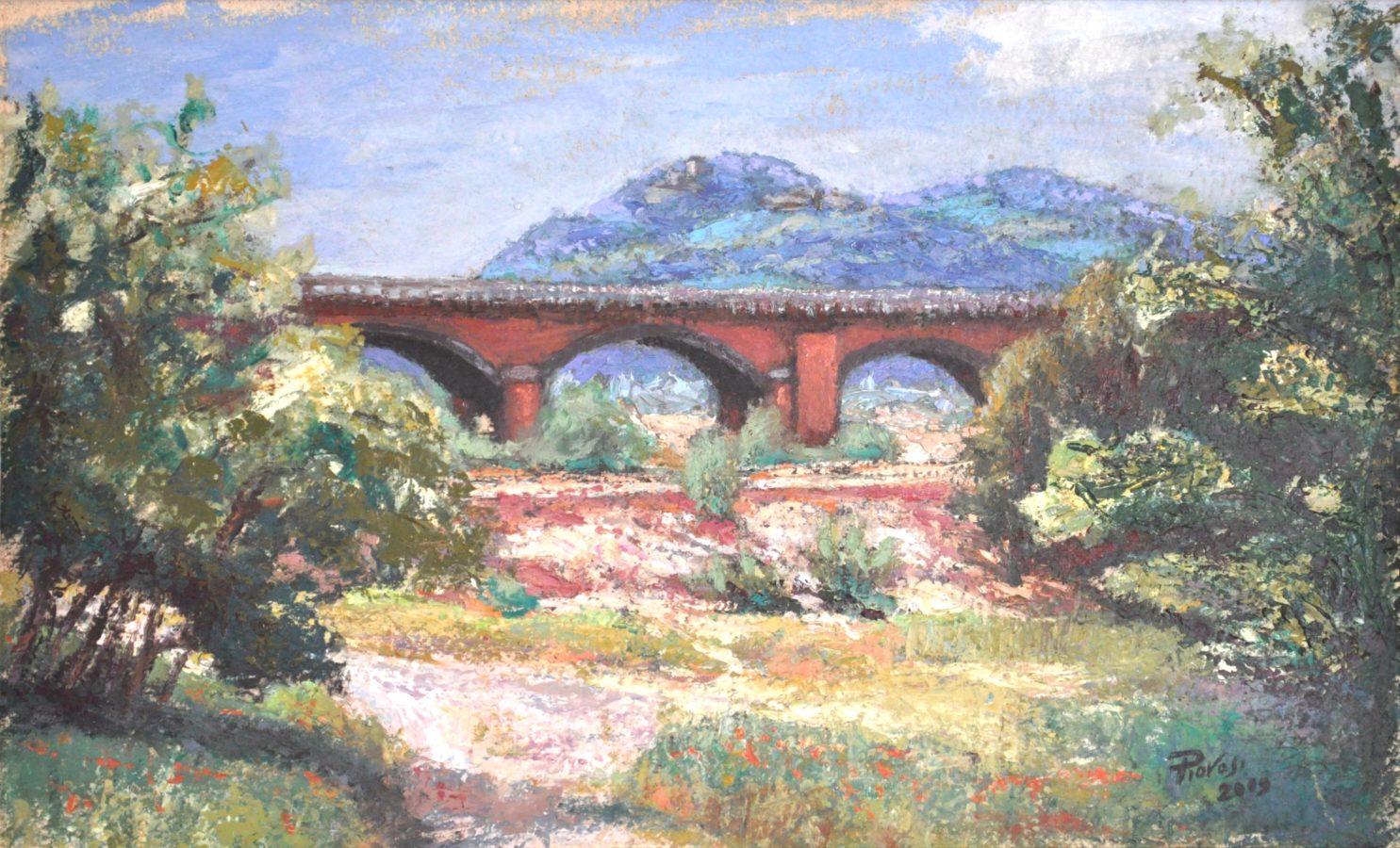 I’ve always loved travelling and I remember that, as a child, I would cross ‘that bridge’ with my mom,Iwould see from the distance the lights of a far away village. Little by little curiosity took over, leading me beyond that point and to discover new places.  Thus, when approaching art, travelling became a theme that prevailed naturally in my work.

Oscar Piovosi he first approaches photography, with which he experiences the pleasure of “seeing” through the alchemic filter of the lens, developing a peculiar and original taste and vision of composition; later on he discovers sculpture and painting in the sixties and seventies, while attending an artistic ceramic workshop. As a self-taught, he begins to paint in 1974, finding his ideal expression in the human figure. He participates in a number of competitions and exhibitions until 1982, year in which he embarks on a new professional experience which requires him to travel, thus forcing him to stop his research in the artistic field. He starts painting again in 2007 and in 2009 he holds his first personal exhibition in San Polo d’Enza, his hometown. Oscar Piovosi loves to paint in sets, which are often interconnected and dialoguing with each other; the latest are titled “ViaggiaMente“, “Up – In viaggio con loro“, “Phone and…“, “Ground“, “Maschere” e “1000 Miglia”.